125: Al-Anon – Everything You Wanted to Know (Sort Of)
byBilly and Jason

We welcome Idalia, the public outreach coordinator for Al-Anon in the Maryland and DC area, to help us explore the world of Al-Anon. We talk about what Al-Anon is, who might find it useful, what types of struggles Al-Anon helps people address, what you might find when you go to an Al-Anon meeting, and who might not find benefit from Al-Anon. Idalia shares parts of her story, what Al-Anon has helped her with, and some of the specifics of how the Al-Anon program works. Listen in to learn more about Al-Anon, if it might be beneficial for you, and where to start. Join the conversation by leaving a message, emailing us at RecoverySortOf@gmail.com,  or find us on Twitter, Facebook or Instagram, or find us on our website at www.recoverysortof.com. 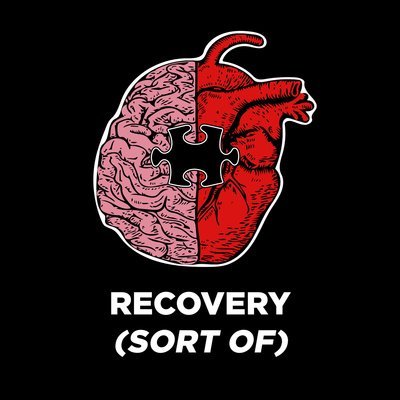 We welcome Idalia, the public outreach coordinator for Al-Anon in the Maryland and DC area, to help us explore the world of Al-Anon. We talk about what Al-Anon is, who might find it useful, what types of struggles Al-Anon helps people address, what you might find when you go to an Al-Anon meeting, and who might not find benefit from Al-Anon. Idalia shares parts of her story, what Al-Anon has helped her with, and some of the specifics of how the Al-Anon program works. Listen in to learn more about Al-Anon, if it might be beneficial for you, and where to start. Join the conversation by leaving a message, emailing us at RecoverySortOf@gmail.com,  or find us on Twitter, Facebook or Instagram, or find us on our website at www.recoverysortof.com.

74: Tradition 3 – The Only Requirement for Membership is a Desire to Stop Using (Sort Of)

March 14, 2021
FacebookTweetPin We examine tradition 3, the only requirement for membership is a desire to stop…

18: Anonymity, Self-Disclosure, and How to Break the Stigma (Sort Of)

December 14, 2020
FacebookTweetPin 2/16/20 We explore the question “Is remaining anonymous in our daily lives allowing people…

June 26, 2022
FacebookTweetPin We are talking all about journaling. Jenny joins us to help us understand the…

welcome back it’s recovery sort of i’m jason a guy who has been to al-anon once or twice and i’m here with i’m billy i’m a person in long-term recovery and today we are wonderfully joined by the public outreach coordinator for al-anon in the maryland and district of columbia area and that is adalia hi adalia hi guys i’m really excited to be here today oh we’re we’re excited to have you we want to learn so much about al-anon and and hopefully spread the message of what al-anon is and does and and how it can help people that are in the recovery community um and just a quick version of my introduction to al anon i had i want to say nine or ten years clean at the time and i had started going to therapy for some other things and my therapist said hey you know you might benefit from this al-anon program and i was like i don’t have alcoholics in my family like that’s not really a thing i don’t and i but i went you know i was open to suggestions and uh oh my god was she right there is so much good information in al-anon and and i learned that like i don’t want to say people who don’t have alcoholics in their family might want to go but there was just so much information about how to deal with other people in society that i was not good at dealing with um so i found it to be pretty incredible for my own limited experience and exposure to it but a dahlia i’d i’d love for you to take over and just tell us kind of some of your story about how you found al-anon and what you’ve gotten out of it oh jason boy you know i celebrated 35 years on february 4th uh this week wow congratulations program since 1987 and i’m one of these people that you know i didn’t graduate and have never graduated you know you graduate and you’re gone and moved on um i never thought that i would graduate from this program and i really really i when i talk about how i got into these rooms i literally tripped into the rooms of al-anon because i was in so much pain i was angry i was bitter and i was suicidal you know when i got into these rooms but i didn’t know why i was having all these feelings and and and i got here because i actually went to meet a girlfriend of a friend of mine he wanted me to meet her and we went out and had dinner i was living in new york city at the time and um we were sitting there talking and i mentioned a couple of things to her and she said to me well there’s this particular book um and i would like to buy it for you after we have dinner so we went around the corner after dinner and to the bookstore the coliseum on 57th and 7th avenue new york city walked in she went to the back got the book handed it to me and said read this and you’re going to um something’s going to happen something new is going to happen for you you’re going to realize um that there’s more to the life that you’re living and i don’t know if i can mention the book but we normally don’t mention it in the rooms um the book is women who love too much and i know i was a number one bestseller for a long time years and years ago as i said 35 years ago and um when i i finished reading that book that same night and at the last page has said call the allen on family groups if you think you’ve been affected by the disease of alcoholism because the book talked a lot about codependency and all of that um and i called the number the next day and i went to a meeting near where i worked i worked on madison and 57th avenue so i went to a meeting at the u.n on first avenue and um it didn’t really call to me because there was a lot of angry people there could you imagine i was angry and bitter and i thought there was a lot of angry people there so

this is probably a a difficult question to answer but based on your experience of people you’ve seen around your your the rooms or the program do people who lose their their qualifying partner or or member do they tend to stay in the allen program afterwards or is there a tendency that they don’t need it anymore okay so here’s another part of my story so how i got to maryland i moved to maryland because i met a man um at a church retreat and we found out that we had a lot of stuff in common and um so we got married he was in a.a and i was in al-anon and we met at a church retreat in pennsylvania in allentown pennsylvania so i commuted back and forth for six years eventually i moved down here to maryland he was very active in aaa um he was short of he he died in february and in july february 2004 and july 2004 he would have been in the program 20 years and um when he passed away and like i said we were both very active i was very active in now known he was very active in aaa and when he passed away um you know this program and i made one phone call from the hospital and before within minutes i could tell you between 10 and 15 minutes the emergency room at howard county was filled with eight people and island on people i was in the middle of the night

this episode has been brought to you in part by voices of hope inc a non-profit recovery organization made up of people in recovery family members and allies together members strive to protect the dignity of those that use drugs and those in recovery by advocating for treatment harm reduction and support resources and mentoring please visit us at www.voicesofhopemaryland.org